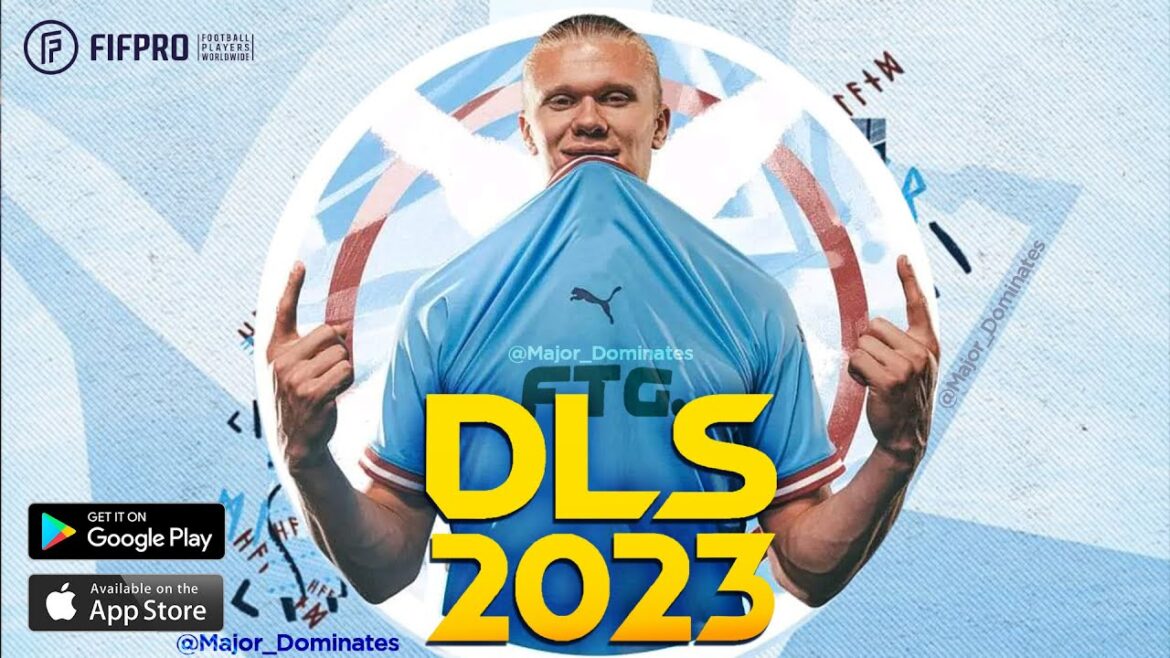 Download Dream League Soccer 2023 (DLS 23 Mod apk) for Android with unlimited coins, original kits, and the latest player transfer for all clubs. The mod menu is integrated to give you free access to all the paid items in the game.

Dream League Soccer 2023 is a football management and career game where you are allowed to build your “Dream Team” by signing quality players, developing your players, upgrading your stadium, and winning major trophies.

Your aim is to rise from the lowest division to the highest elite division. You can sign any player of your choice including Messi, C Ronaldo, Salah, Neymar, Mbappe, Haaland, Darwin Nunez and so on, as long as you have enough coins to do that.

Guess what, Robert Lewandowski is now in DLS 23 as a Barcelona player. He is one of the hottest strikers in Dream League Soccer now.

The commentary is in English and the game camera type can be changed to TV view, sideline view, bird-eye view, and so on. In this edition, over 4,500 FIFPro licensed players are featured including players from the lower tier.

Dream League Soccer 2023 (DLS 23) is an online and offline game because in career mode, Wi-Fi or internet is required but in exhibition mode, no internet or Wi-Fi is required to play the game.

It supports multiplayer mode where you can play the game with real persons online. In fact, this the greatest feature for me in this game. It supports gameplay with chats. This means that you can send emoji reactions to your opponents as you play against him or them.

In this post, we will take you through the features and how to download and install the game in your Android device.

Dream League Soccer 2023 is expected to be released on December 3, 2022 for Android on Play Store and iOS on the App Store. The update will roll out in phases, so some people will get it earlier than others.

How To Install Dream League Soccer 2023 ON Android

Below are some new features available in the game:

Are you finding it difficult to master the gameplay? Take a look at this my article on Dream League Soccer tricks to play like a pro. The post shows you some things you can do to play DLS better and win matches easily.

HOW TO PLAY DREAM LEAGUE SOCCER 2023

Once you have successfully installed the game, launch it and an armature team with low-rated players will be given to you. But you have to select one legendary player to be your special player to lead the team.

After that, head into the training section and subsequently, the league season proper. As you play and win matches, you get more coins and gems which can be used to unlock items and sign more quality players into your squad.

First Touch Games (FTG) the developers of Dream League Soccer are doing really great work in the game. It’s now ranked among the best football games for Android. Another interesting thing is that users don’t need too much internet data or space to download it on their Android. Just install and see. Feel free to drop your comments.